Unpredictable! Singing at Harrison and Singing on May 12th

Singing at Harrison on 5/4/13 - Unpredictable is the operative word as in the first May snowfall recorded in Arkansas since early settlers started keeping records in the early 1800's. Who would have expected to drive through snow between Huntsville and Alpena on our way to Harrison on Friday afternoon in May? White roof tops, snow in fields and ditches along the way but the snow quickly melted on the wet roads, and traffic was not a problem. 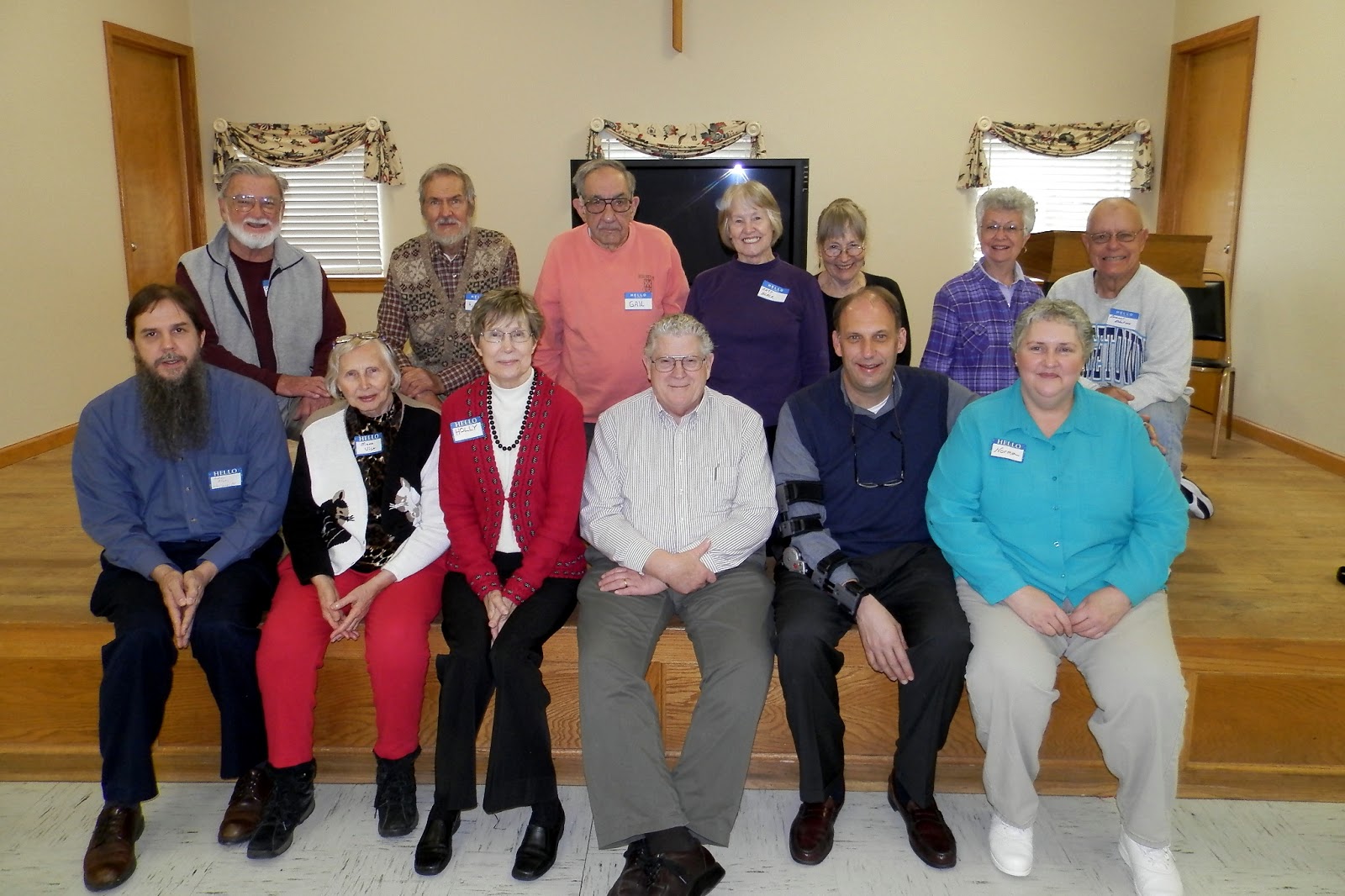 Photo: Due to the weather, the traditional group picture was taken inside the St. John's Episcopal Church Parish Hall after lunch. Only showing 13 singers, I missed a couple of folks and as usual the photographer gets to hide behind the camera. I think Penny and Lou Kujawinski from Colombia, MO earned the "furthest distance" recognition and a thank you from all the Shiloh Singers. [Click on photos for larger image.]

Dan Brittain was elected Chairman again, Andrew Albers elected as Vice-Chair, and Katy Black juggled songbooks and notepad as Secretary for another year. Thanks should also be extended to all the cooks, Dan and Myrna Brittain for helping with all the arrangements and the congregation of St. John's Episcopal Church who allowed us to use their facilities for the spring convention. Thanks to all who attended and helped, we had a good time and sang some new songs and some different songs from all three of our usual songbooks.

Mother's Day Singing on May 12th - Do they make red and white cookies for refreshments? I'm not sure how long Carnations will last over the weekend. Maybe we'll use red Cokes and white diet 7-Ups this weekend, but we'll try to think of some way to honor mothers at our usual 2nd Sunday singing in the Country Store at the Shiloh Museum this weekend. The singing will start at 1:30 P.M. 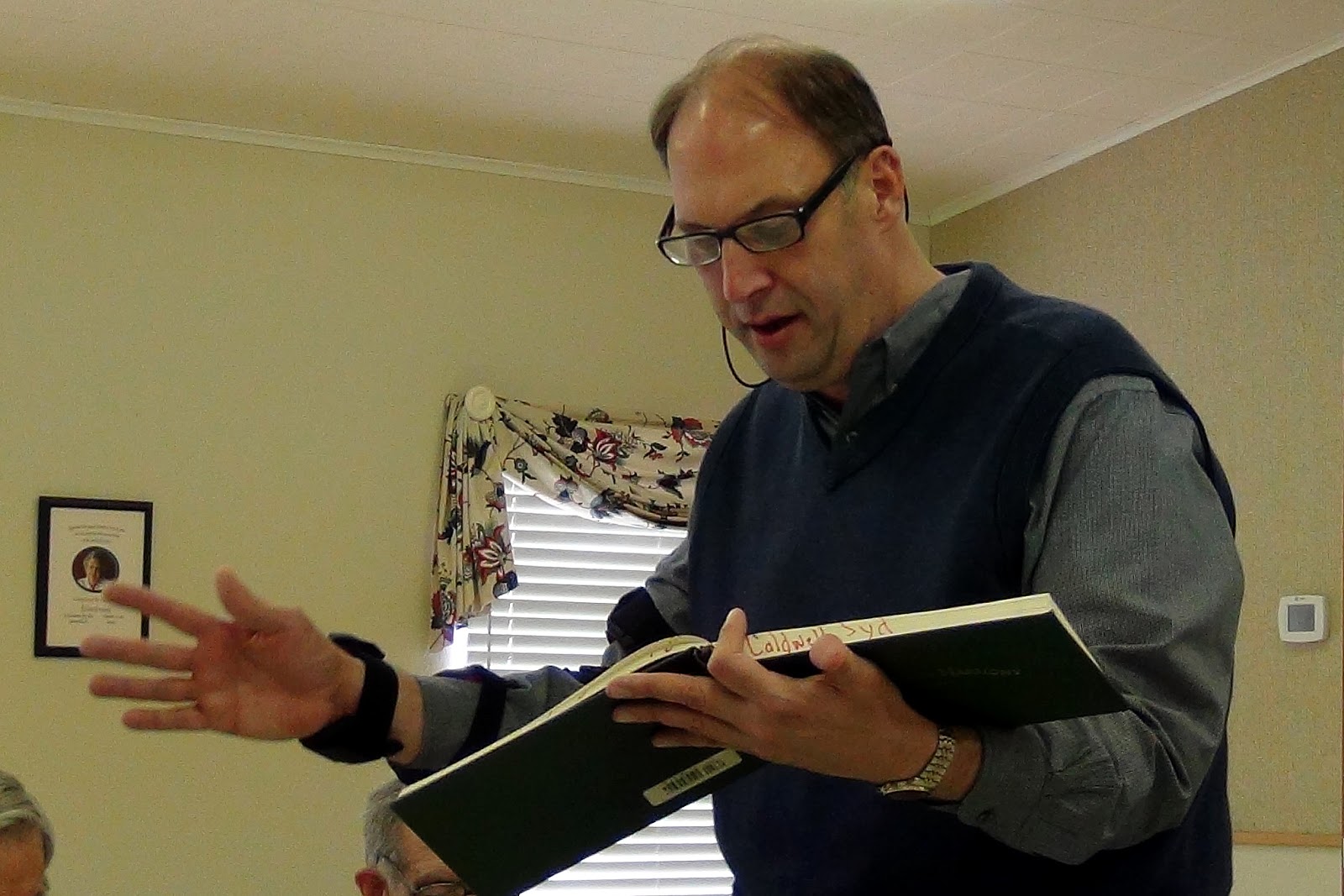 As usual, the Crawford County Gang will try to get to AQ's Chicken House in Springdale slightly before noon to reserve a table for any singers who would like to join us for chicken and dumplings or whatever else is on the menu. Ask the receptionist if she's seen any of the Shiloh Singers and they can usually point you in the right direction. The post-singing gathering at Denny's for coffee and fellowship will also be scheduled for those who wish to attend.

Other updates and a personal thank you note - Things that I normally do on the computer have been running behind schedule as I recovered from cataract surgery over the last couple of weeks. I appreciated all the encouragements and hints from so many people - many of them singers - who are already enjoying improved vision and the real Arkansas colors we're starting to see again during this unpredictable springtime. I didn't know what I was missing!

Work on the Discovery Box has been stalled until both of my eyes can again align on the same object on the computer screen for video editing. In the meantime, Gail Cowart has been working on other materials for new singers and a sign to put on the Country Store's porch railing on the Sundays when we sing.

In any case, the unpredictable last couple of weeks have given new meaning to the phrase, "Hope to see you on Sunday!!
Posted by BR549 at 11:00 PM